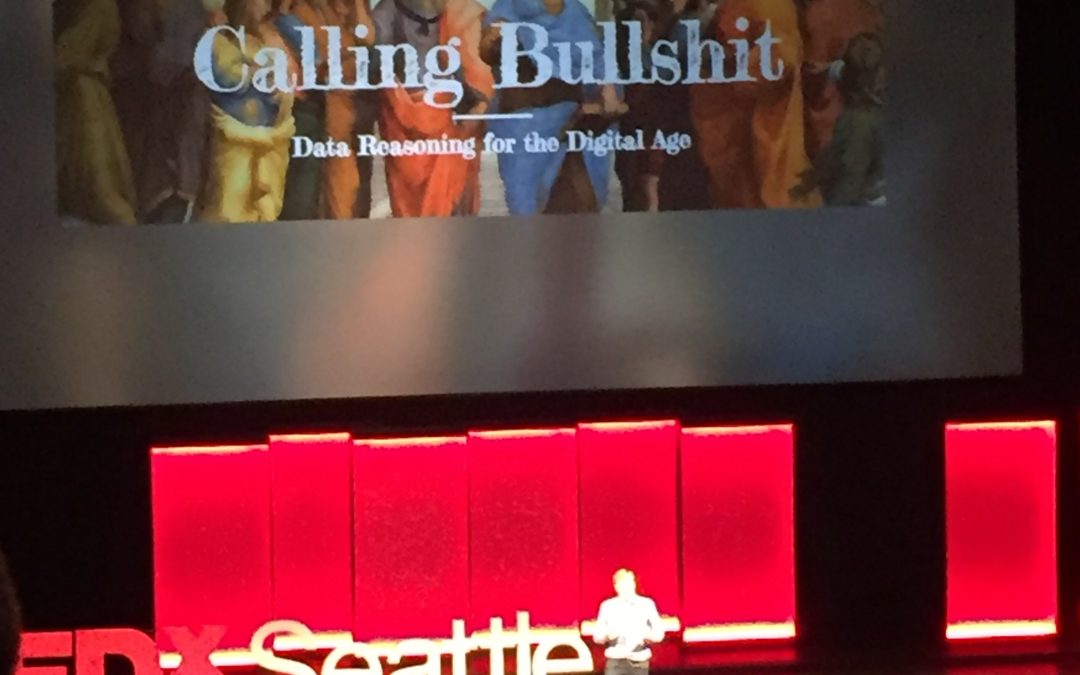 With those four words, Jevin West opened TEDx Seattle on November 18th.   The crowd, eager to absorb the TED experience, went nuts with applause.  Did he really just say “bullshit” to open the event?   With a palpable energy in the air, Jevin, an Assistant Professor in the Information School at the University of Washington went on to explain how we’re living in an era of calculated misinformation that goes far beyond the political headlines of fake news.

Jevin and fellow UW professor, Carl Bergstrom, launched a 10-week class titled “Calling Bullshit” during the 2017 Spring Semester. They quickly realized that they were onto something when class registration was full within minutes from 40 different majors on campus.  Calling Bullshit’s mission is “to teach you how to think critically about the data and models that constitute evidence in the social and natural sciences.”

The evidence that supports the Calling Bullshit curriculum is fascinating and provides a view into positioning, perception, and corresponding behavior in a world where we are constantly bombarded with 24/7 information.    Bullshit takes many forms.  One of the examples that Jevin highlighted from the TED stage was the “misleading axis.”  For example, the German economic development agency created a graph that highlights how German labor is in the top 3 European Countries according to a weekly-hours-worked metric. That’s in-bounds.

HOWEVER, when you manipulate the graph so that the axis starts at 36, instead of 0, then it becomes bullshit.   Germany’s metric is roughly 10% higher than France’s (three more average hours per week), but the bar graph size is nearly 200% larger!    You can only imagine how this slight adjustment can feed a narrative of “hardworking” German workers vs “lazy” French workers.

When you place the same data on an axis that starts at zero (I made this chart in excel), the German worker vs French worker narrative becomes much less compelling. 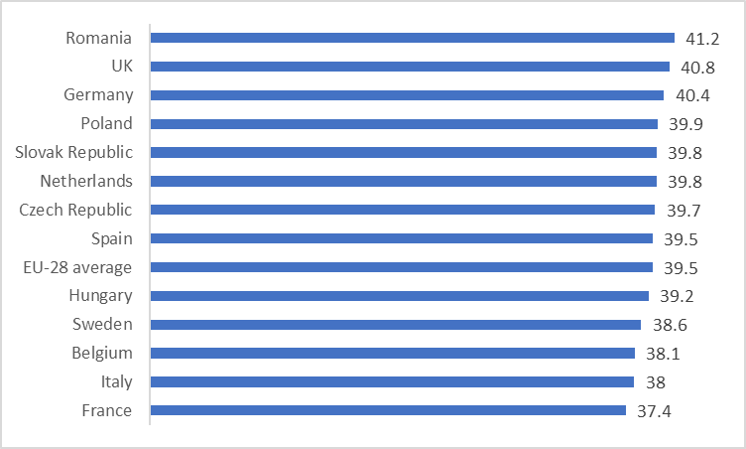 Jevin discussed social media’s impact and how it can elicit behavior that exposes, influences, and prompts a range of outcomes. For example, on April Fool’s Day 2014, National Public Radio (NPR) pulled a clever prank by posting an article with the headline “Why Doesn’t America Read Anymore?”    People who actually opened the article were simply asked to “Like,” but NOT comment on the article; thereby exposing all “commenters” as someone who in fact did not read the article.  As expected, people plunged into the comment section with strong opinions despite not reading the article ironically positioned about how people don’t read anymore.  NPR has pushed out the same prank in subsequent April Fool’s Days with a similar outcome.

Another example of social media’s influence is the propensity to “share” an article without opening the article to read the contents.   A study conducted by Columbia University and French National Institute revealed that 59% of links shared on Twitter are never opened by the person clicking “share.”  Nearly 6 out of every 10 people endorse an article without even knowing what it says!  “Endorsement” and “referral” are cherished terms in wealth management, but clearly don’t carry the same gravity in the world of social media.  Yet another example of how social media has the potential to alter the value formula within the wealth management industry.

This certainly doesn’t mean that every post or factoid is intentionally or unintentionally manipulated to steer you down a dark alley, but the reality is that there’s a war being waged for your attention and a key battlefield is the screen on your phone.  I’m not immune to “creative positioning.”  Last month’s MMJ post about Seattle, innovation, and Costco, initially received roughly 300 clicks. When I reposted the same post but instead highlighted that the two wealthiest people on the planet have an office nine blocks apart, 3500 people clicked on it.  Same post. Different click bait.  Vastly different outcomes. 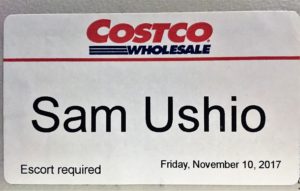 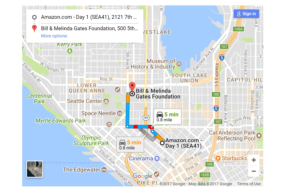 Your social media feed, like mine and everyone else’s, is filled with pomp designed to outduel the next post down.   Even Pam from The Office has gotten involved.    In the words of Don Quixote, “all is fair in love and war”, but where do you draw the line between style and substance?

Michael Wann is the Director of Corporate Storytelling at Microsoft and previously the managing editor at NBCNews.com.  He packs a lethal one-two punch of journalism and data combined with an incredible ability to weave narrative.  Michael and I met in November to discuss how he delivers context and meaning to innovative products rolling off the Microsoft assembly line. “It’s about people, not things,” Wann said. “A device has no value, less than a doorstop, until someone interacts with it and is transformed by it because now they’re able to do more than what they were able to do before. Telling that story of transformation is the art of communication for us.”

Michael described the challenge in first absorbing heady-topics like artificial intelligence from PhDs and then translating that information into a concise, non-technical article for wide consumption.  He used a culinary metaphor to describe the art: “It’s like a fine reduction sauce.  You need to keep boiling it down and eventually, you find the perfect balance.”

Stripping back layer upon layer of complexity is essential in the world of information overload.   Especially when considering this amazing statistic that Michael highlighted: On average, 70% of people don’t get to the bottom of an article.    “You hemorrhage readers at every sentence” said Michael.  So, if you’re still reading at this point, then you’re in the top 30% of readers…or you’re related to me.  (Hi Mom and Dad!).

The “reduction sauce” approach reflects the communication process used by many of the most successful wealth managers.  Technical investment jargon is boiled down until it carries personalized meaning with an overriding principle that little value is delivered when a client is confused.  The complexity of investing can be overwhelming and downright scary for some, but the path to delivering value is paved with clarity and a great deal of intention and care.

The juxtaposition between Jevin’s “bullshit” and Michael’s “device = doorstop” introduces a range of benefits and consequences when it comes to both delivering and receiving information.  How do you effectively strike a proper balance of capturing and sustaining attention while delivering valuable information?  If I’m placing a bet, my chip is going on authenticity.

Your ability to deliver appropriate information from an epicenter of authenticity separates the best from the rest.   Can you effectively extract the priorities in your clients’ lives, synthesize with your expertise, and then deliver back to the client in a way that helps them achieve goals while sidestepping excess risk?  That’s the reduction sauce in wealth management.

As you merge back into the social media highway, navigate with care.   As you communicate with your stakeholders, lead with authenticity.   Bullshit is everywhere and your ability to steer your clients, your team, and yourself away from the nonsense will fuel your ability succeed both professionally and personally.

See you on Monday, February 5th for the next Monday Morning Joe.